I've been a mystery book fan for years. I think it started with Agatha Christie and Sir Arthur Conan Doyle and then moved on to M.C. Beaton's Agatha Raisin series, and most recently Louise Penny's Gamache mysteries. I've tried writing mysteries, including a short-lived children's mystery series, but I struggle to write about murder. It is just too awful. However, I've noticed that murder is not really the point of the mystery books I really love - instead they are about human nature and relationships. 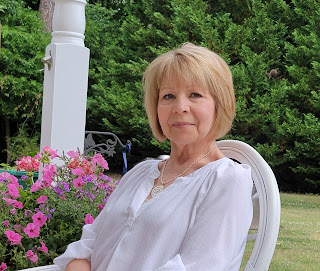 I met mystery writer, Sandra Kay Vosburgh online at the Greater Philly Christian Writer's Conference this June. I was impressed with her "elevator pitch" for a murder mystery series she calls The Deadly Sins Mysteries. When she said she'd published the first book in the series, I knew I had to read it! When she said she is also a pastor's wife, I knew I needed to talk to her. I hope you enjoy the following interview as much as I did. 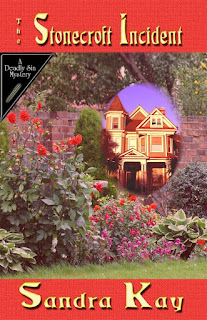 Image courtesy Sandra Kay Vosburgh
Sam: How long have you been writing?

Sandra: I was well into my forties when I began to write seriously. I began attending writers conferences, and I even took a few college courses. After my first novel, The Stonecroft Incident, was published, I had to place my writing on hold until I retired two years ago. I have written two novels since, and have become a devotional writer for “The Quiet Hour” published by David C. Cook.

Sam: Who are some authors you enjoy that have inspired your writing?
Sandra: Agatha Christie will always be my favorite author. Mignon Ballard is also a favorite mystery writer, as well as Sister Carol Anne O’Marie.

Sam: Tell me about your “A Deadly Sin Mystery” series.
Sandra: I’m writing a series of seven books, each based on one of the seven deadly sins, set in the tourist town of Sackets Harbor on Lake Ontario. My main character is Ada Whittaker, a Christian senior citizen who writes the advice-to-the-lovelorn column and solves murders with the help of her bickering housekeeper and secretary.
Sam: Why do you write mystery?
Sandra: I love the mental challenge of mystery, picking up clues, putting the pieces together, solving the puzzle.
Sam: What else do you write?
Sandra: My novel Anchorless Summer is a women’s contemporary, a story of a young woman who struggles to love herself because, like many women today, she grew up with her father’s neglect, never feeling his love. This leaves her struggling in other relationships. There is some mystery and some romance, but the theme is redemption.
Sam: Does being a pastor's wife affect your writing in any way?
Sandra: Perhaps. I am aware of the struggles people face. I have seen the deadliness of sin. The death of a marriage, the death of a teenager, the death of relationships. All caused by sin. We suffer because of our own sin, but we can also suffer because of the sin of others. Our society laughs at sin, but the reality is there is nothing humorous about ruined lives.
Mystery writer, Dorothy Sayers, wrote, “If we fail to bring our readers to the bar of eternity, we have merely constructed an entertaining puzzle.” I want my stories to entertain my readers, but also to have a lingering positive effect on their lives.
Sam: Thank you for sharing, Sandra! I can't wait to read the rest of your books.
Find out more about Sandra on her website sandrakayvosburgh.com Here's my review of The Stonecroft Incident on Goodreads.
Posted by Samantha Adkins at 08:10